In 1971, the final barracks were demolished or sold to farmers. In 1967, the first radio telescope was placed on the terrain of camp Westerbork. 13 others would follow later. The interference-free zone of the telescopes required the museum to be at a distance of 3 kilometres. In 1983, Queen Beatrix opened Remembrance Centre Camp Westerbork. 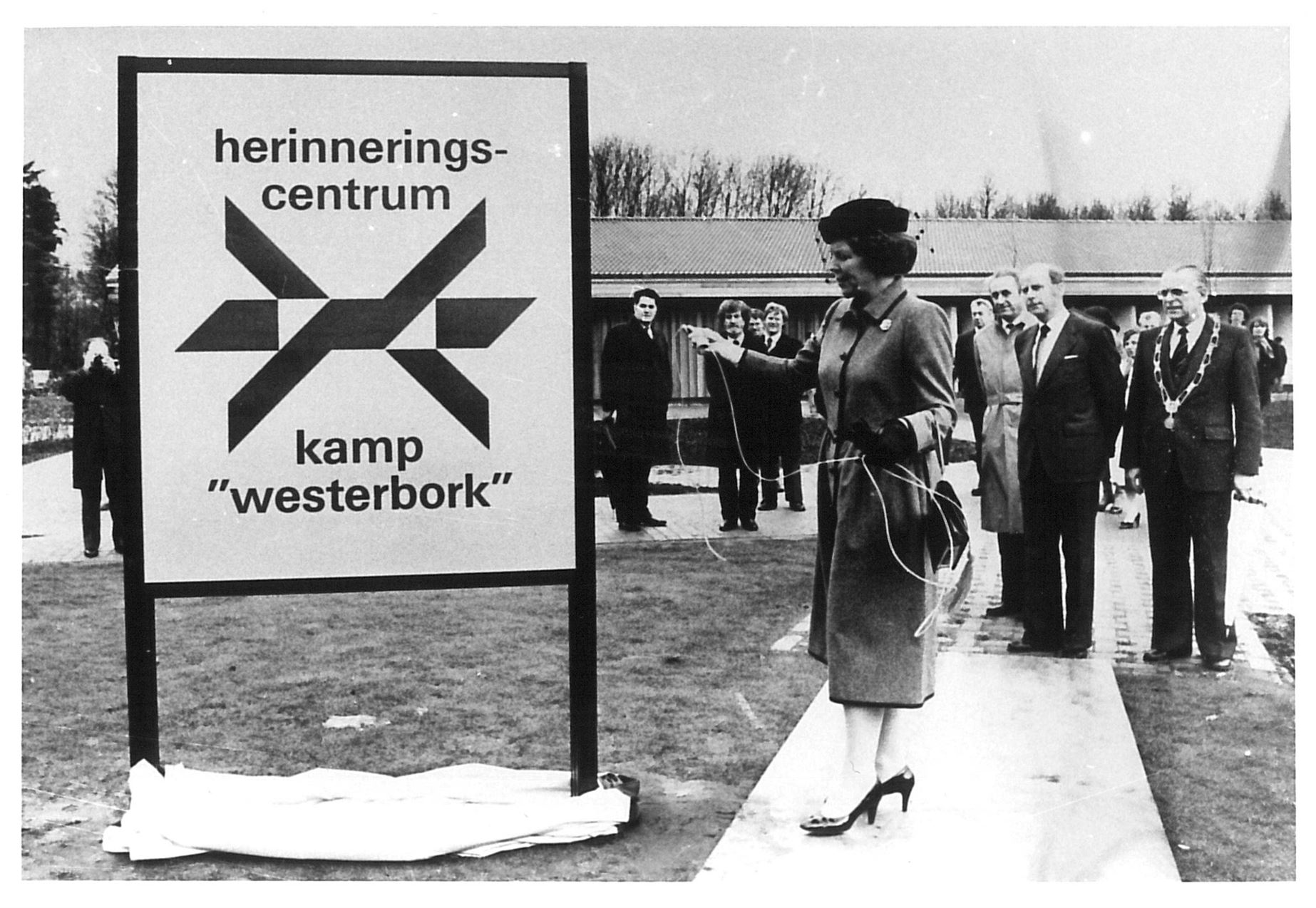 Although there was a lot of attention for the war past shortly after the liberation, barely any attention was given to the Holocast – the systematic eradication of the Jews. This was the case for Camp Westerbork, too. In the first decades after the war, there was also no support for a monument, not from the Jewish side either.

At the end of the 1960s, the view changed, though. There was more attention for the persecution of the Jews. A new initiative by the provincial government of Drenthe to realise a monument did receive support at that time. Although the war generation still didn’t feel the need for a sign of memorial sign, this was different for the second generation. The result was the National Monument, revealed by Queen Juliana in 1970. The design, in which a train track is visible, was made by old camp prisoner Ralph Prins.

Manja Pach
This changing climate was necessary to garnish enough support for the desire to achieve a source of information about Camp Westerbork near the historical place. The first imagining for this occurred on 4 May 1971, the National Remembrance Day. 25-year old Manja Pach, child of a camp survivor, was at the National Monument at 8 in the evening on that day. ‘On the camp terrain, a demolition crew was tearing the place down, and they just kept going at eight. That was so absurd, I was so perplexed [...]. All I could think of was one thing: the demolition has to stop right now!’

With the increasing visits, the lack of any visibility of the camp became more present. Although a couple of original structures remained – potato bunker, an SS bunker for hiding, and a new water treatment plant – Camp Westerbork appeared to be vanished from the face of the earth. A constant in the responses was the lack of a barrack. In the early nineties of the last century, Remembrance Centre Camp Westerbork decided on a symbolic refurbishment of the camp terrain. On 16 June 1992, the refurbished terrain was officially revealed by Princess Margriet.

Wagons and barrack 56
Since then, much has changed again on the camp terrain. The Spoken Names (Gesproken Namen) now sound from two original freight cars on De Rampe de Boulevard des Misères, the place in the camp where, during the Second World War, the trains left for ‘the East’. All 107,000 deported Jews, Sinti and Roma are called on the same day they left during the war. Under a glass dome, there is the residence of the camp commander. Barrack 56 is partly constructed with authentic barrack parts. In different places, weathering-steel silhouettes provide an impression of the buildings in the camp.

One thing we must never forget, however: Camp Westerbork no longer exists. There is a historical place, there are some original constructs and historical artefacts, but there is no longer a camp. And it won’t come back, no matter what one does. That is the paradox of dealing with the heritage of the loss: how can you experience that which is lost, feel something that is no longer there? Living while knowing this and with this question as a guideline, Remembrance Centre Westerbork attempts to fill the relationship with the past as well as possible in the years to come.